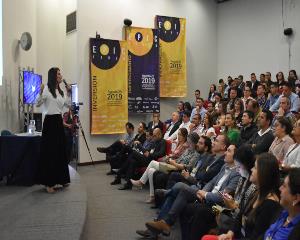 Last Thursday, September 29, the second version of the Epic Forum was held, an event designed to bring together the ecosystems of innovation, investment and entrepreneurship in a single space, and which sought to establish an academic and practical meeting point between entrepreneurs and investors. to potentiate the productive processes of the region.

143 people attended the morning session to learn from the experience of the invited experts: Paula Andrea Toro Santana, Consultant for the Inter-American Development Bank, IDB; Óscar Giraldo, CEO of Playvox, and Harold Calderón, Director of the Odiseo Fund.

«This space is very important, since the exchange between the public and private sectors, businessmen, entrepreneurs and in general all the attendees who are motivated by these issues is essential. Without a doubt, this invitation is a contribution to find allies and mentors with a lot of knowledge to share ”, commented Paula Andrea.

During the day, a ring pitch was developed, an activity in which 12 entrepreneurs put their knowledge to the test to present their business in front of the public. The Nephilab company was the winner, and with this they obtained a pre-approval for 30 million pesos to invest in the company and access to a workshop in Neurocity with the game Innovatrón.

For Irene Mejía, Investment Advisor of Invest In Manizales, of the CCMPC and the Mayor's Office of Manizales, «this arises from the need to create a visibility space for local entrepreneurs who can connect with national and regional investment funds, so that they learn about new financing mechanisms that are alternative to traditional banking ».

In the afternoon, an investment round was held in which 10 local companies participated with six national investors, and parallel to this event, training workshops focused on innovation and entrepreneurship were held, a space attended by 60 people.

The event ended with a relationship round led by Manizales Más, in which those present had the opportunity to meet other businessmen from various commercial sectors to generate contacts and possible alliances. 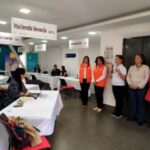 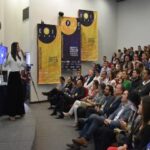 We are the Agency for the Promotion and Attraction of Investment of the City of Manizales. We provide advice so that investors find in Manizales the optimal conditions to grow and promote our city's economic and social development.